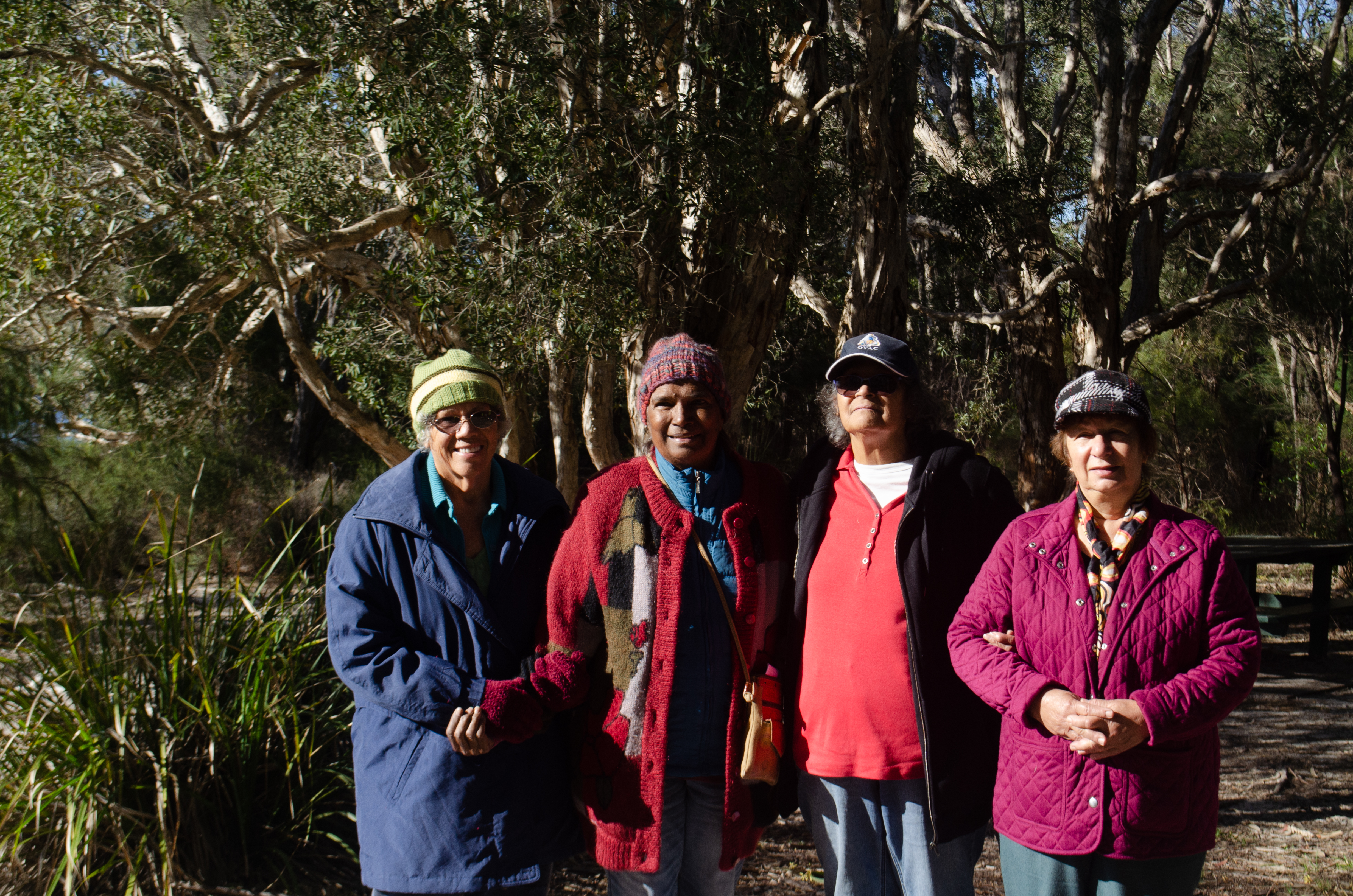 The Quandamooka culture was celebrated and honoured at the state’s first all-women cultural planned burn on Minjerribah (North Stradbroke Island).

In the Quandamooka culture, Bummiera (Brown Lake) is a special women’s only area with spiritual significance.

The lake was well-known to be inhabited by a Rainbow Spirit and, as a sign of respect to this spirit and to the old ancestors watching over the lake, the Quandamooka women would ask permission before they would enter the lake. Ripples on the water meant permission was denied, while a smooth lake meant women and children were free to enter.

Quandamooka elder Auntie Evie shared stories passed down to her, through the generations, at a special Welcome To Country ceremony before Quandamooka woman and QYAC Joint Management Ranger Kathryn Crouch led the planned burn in her first time as Incident Controller.

The goal was to achieve an 80 per cent reduction in hazardous material. The cool burn would also allow for some of the culturally significant plant species to recover and aid flora diversity.

“A planned burn will reduce the amount of fuel that is lying on the forest floor which could later be fuel for a bushfire.

“We know from recent science and also from thousands of years of traditional knowledge, that hazard reduction burns often not only reduce the severity of bushfires but can reduce the risk of an outbreak,” she said.

The team of 20 women from five agencies – QYAC and QPWS rangers along with SEQWater, QFES Fire and Rescue Service auxiliary firefighters and Rural Fire Service volunteer firefighters – gathered at Bummiera (Brown Lake) for the unique event that included a blessing and Welcome to Country from four Quandamooka elders, and sharing a meal that built connections and camaraderie.

Minjerribah is managed by a partnership between the Queensland Government, represented by QPWS, and Traditional Owners, represented by the Quandamooka Yoolooburrabee Aboriginal Corporation (QYAC).

QPWS Senior Ranger Linda Behrendorff attended the burn to lend her experience and mentor the women in planned burns.

“I’m sharing my knowledge based on my years of experience burning this type of vegetation and on sandy soil like this,” she said.

“It was a great privilege to be part of the first women’s cultural burn.”

The area has great personal significance for Ranger Crouch.

“When I was a girl, we used to go there to pick the wildflowers whenever they were in bloom. It was fun and that’s one of the strongest memories I have, being with my grandmother and my family.

“Bummiera was always a place that we were taken for picnics and to swim and this was the last place we gathered as a family to spend time with our grandfather before he died,” she said.

Further materials can be downloaded via dropbox.