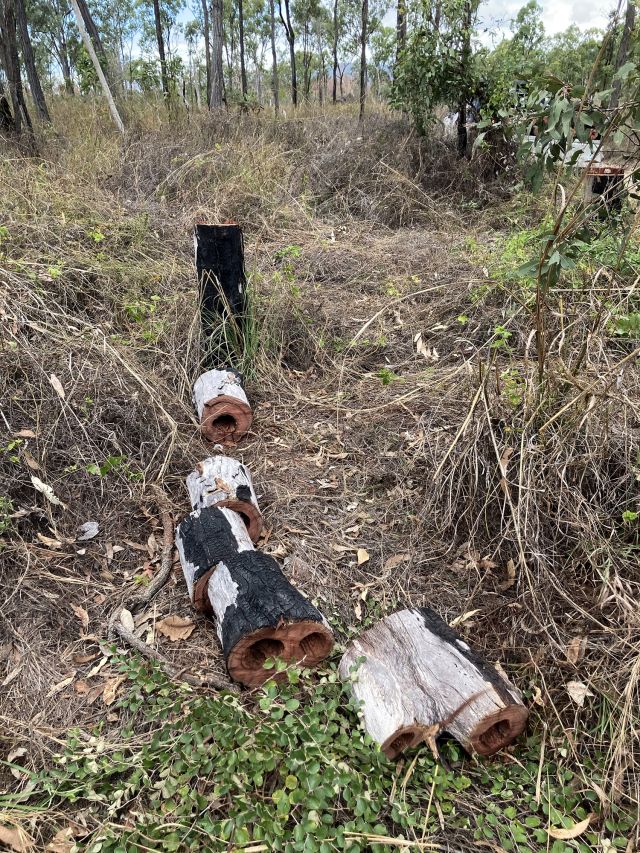 Trees were unlawfully cut down in Pinnacles Reserve. 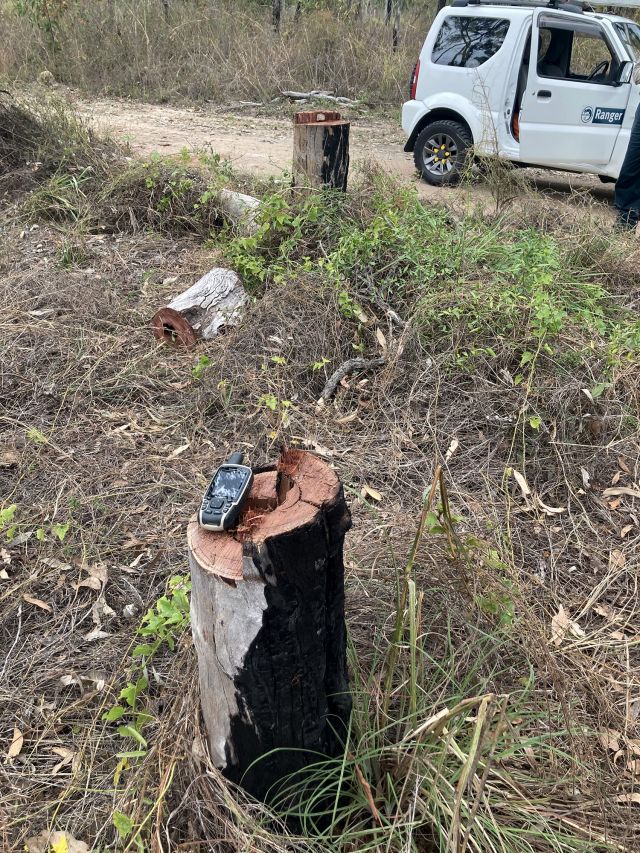 It is unlawful to take bush timber from QPWS estate without a permit.

The Queensland Parks and Wildlife Service (QPWS) has issued a $1,437 Penalty Infringement Notice (PIN) to a man who allegedly removed a trailer load of timber from the Pinnacles Reserve at Gumlow, near Townsville.

Senior Conservation Officer Craig Dunk said it is unlawful for people to take timber from the reserve.

“Everything in the reserve is protected by the Forestry Act 1959,” Mr Dunk said.

“This includes plants, native animals, rocks and timber (dead or alive) and collecting firewood for personal use or to sell without a permit, licence or authority is an offence.

“On 8 September 2022, rangers intercepted a 37-year-old man in the reserve and observed him allegedly using a chainsaw to cut up timber.

“Rangers also observed a number of trees had been allegedly cut down and cut up into chunks, which had been put into his trailer, and he was fined $1,437 for unlawfully interfering with forest products on the reserve.

“People who unlawfully take timber from reserves can be prosecuted in court with maximum penalty of $143,700 for a first offence or $413,550 for subsequent offences.

“People who collect firewood for personal use or to sell it have a total disregard for our estate and the recreational activities of other users.

“Rangers routinely conduct compliance patrols on our estate, and people found in possession of firewood or other items, or in the process of cutting up timber for firewood will be fined.”

Mr Dunk said QPWS works closely with the Department of Agriculture and Fisheries to regulate activities in our State forests and reserves.

“Rangers have a zero-tolerance approach to the unlawful collection of firewood and other items from our estate,” he said.

“We can seize firewood, timber and vehicles and equipment such as chainsaws that are suspected to have been used in committing the offence.

“People must have a valid sales permit and the appropriate environmental and safety accreditation to lawfully remove timber and other forest products from State forest and reserves.

“QPWS encourages people to ensure they check firewood is from a lawful source before they purchase it.

People can play their part by reporting suspected illegal behaviour by phoning 1300 130 372 or by emailing ParkEnquiries@des.qld.gov.au