Fines to be handed down after state forest safety blitz 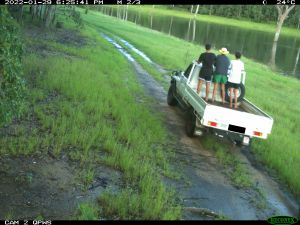 People are ignoring road rules in the state forest. 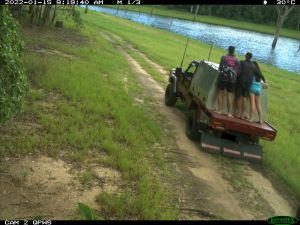 Incidents like these are an accident waiting to happen.

“The registered owner of every vehicle captured by our cameras is going to receive a $275 fine in the mail,” Mr James said.

“It is illegal to access some areas of the state forest for safety reasons, and we want people to read the signs and avoid the fines.

“We’ve taken photos of drivers who ignored our signage and cut locks on gates or created new dirt trails into the state forest by chopping down trees.

“Illegal access in the state forest is associated with other offences including camping without permits, illegal littering and lighting unlawful fires, which has impacted on vegetation in the past.

“Some of these people have been using the state forest tracks as their personal racetracks and often drive recklessly and cause damage by doing donuts or digging mud holes when they get bogged.

“What is clear, is that all the drivers have ignored locked gates, vehicle bollards and signage advising them not to enter.”

“We have multiple photographs of people traveling unrestrained in the back of utes and four-wheel-drives, which when combined with speed and careless driving, is a fatality waiting to happen,’ he said.

“Rangers are sick of this dangerous behaviour, and there are plenty of other places in our region where people can legally enjoy four-wheel-driving and camping.

“QPWS is working with Hancocks Queensland Plantations to maintain the forest tracks and the gates and bollards to prevent illegal access.”

In a state forest, a person must not drive or ride a vehicle or recreational craft at speed or in a way that causes damage to the area.

Prohibited acts in a state forest include destroying a forest product (cutting down trees), constructing a new road or carrying out excavation works.

Photos and videos of vehicle owners who illegally entered Danbulla State Forest are available from our Media Centre.