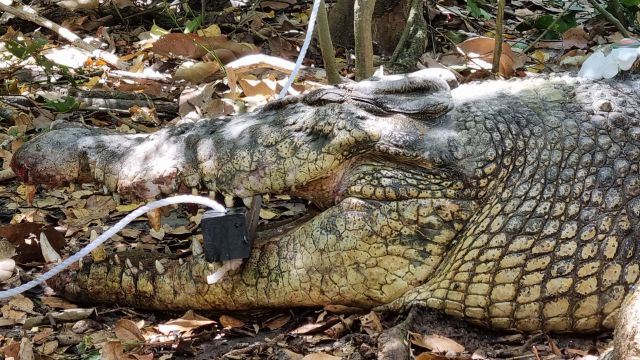 The trackers will drop off the crocodiles in about 12 months. 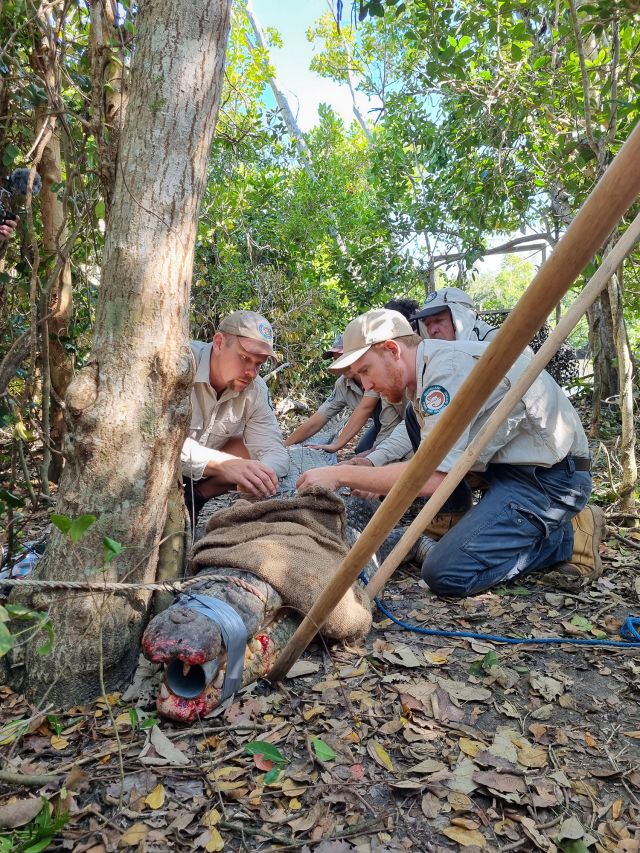 Four crocodiles were captured as part of the tracking program.

The movement patterns of four large estuarine crocodiles are being tracked in real time to create a detailed picture of their life, home range and territory on the Proserpine River.

Program Coordinator Dr Matt Brien said the crocodiles were captured last week in baited traps that were set on the banks of the Proserpine River.

“The crocodiles had GPS satellite telemetry devices fitted to the top of their necks, and then they were set free,” Dr Brien said.

“The trackers will remain fixed to the crocodiles for at least twelve months before dropping off, and we may attach more depending on what we will find.

“Many studies have detailed the movement patterns of larger estuarine crocodiles, and found the species is capable of travelling long distances within and between river systems.

“We want to determine if these large crocodiles leave the Proserpine River, how often, and where they go.

“Tracking the crocodiles will improve our understanding of their movement patterns, and provide important information for our management of crocodiles in the Whitsundays region.”

“It is essentially an isolated population, and based on the current density and the available habitat in the Proserpine River, we believe the estuarine population is approaching or has reached carrying capacity.

“Estuarine crocodiles are highly territorial animals, and once a population reaches carrying capacity, less dominant animals are usually forced out of the river and search for vacant territory in another river.

“To find new territory, crocodiles will use the ocean and we want to know where they go once they leave the Proserpine River.”

Remember, you are responsible for your own safety in Croc Country.

View photos and videos of the tracking program in the media centre.