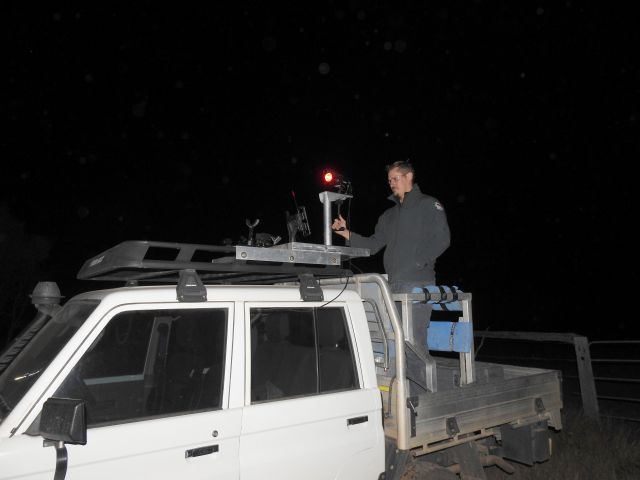 The bridle nail-tail wallaby population is being protected by the use of thermal cameras. The Department of Environment and Science (DES) is using a new thermal camera to help protect the endangered bridled nail-tailed wallaby from feral cats in Taunton National Park (Scientific).

“Key threats to the bridled nail-tailed wallaby include predation by wild dogs and feral cats, while bird species are impacted by the feral cats.

“Feral cats are extremely cunning but they’re also very cautious. They’re wary of sound and smells and will flee whenever they feel threatened.

“They also tend to hide out during the day and emerge from burrows or tree hollows at night to scavenge and hunt.

“We have found that feral cats flee from spotlights at night and become trap and bait shy. That learned behaviour can be passed on to their young, reducing the effectiveness of conventional methods of control.

“Thankfully, the QPWS Threatened Species team funded the purchase of a thermal imaging camera to improve the operational team’s pest management activities in 2021.

“Targeting feral cats with the thermal setup is extremely important to the success of the pest management program.”

“The thermal camera was recently used with a nocturnal shooting control program to remove five feral cats from the national park,” he said.

“We also conducted a trapping program that led to a further eight feral cats being removed from the park and an aerial baiting program to further reduce numbers.

“Taunton National Park (Scientific) was gazetted in 1979 for the conservation of the endangered bridled nail-tailed wallaby.

“The park is home to Australia’s only naturally occurring population of the bridled nail-tailed wallaby, which once ranged from Charters Towers in Queensland through central New South Wales to the Murray River region of Victoria.

See video footage and images available from our Media Centre.