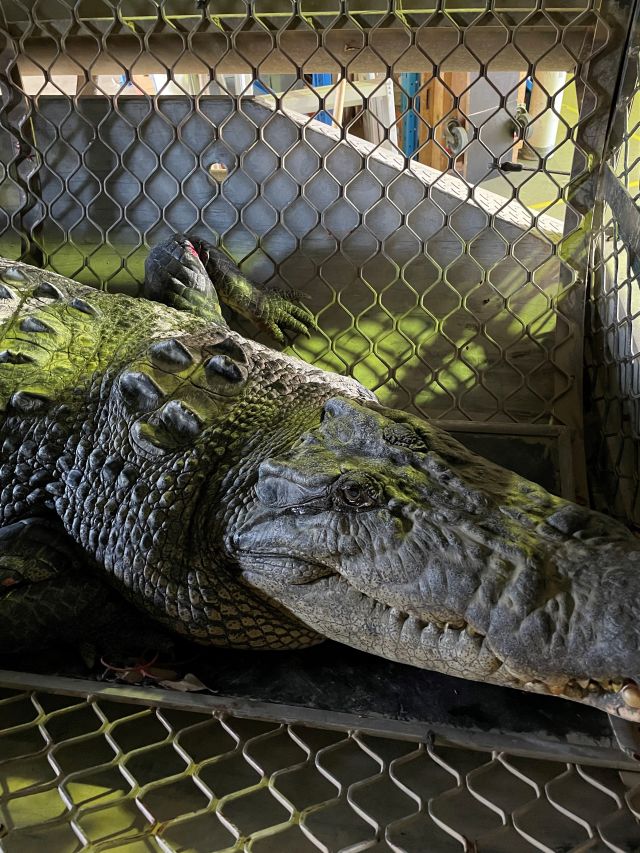 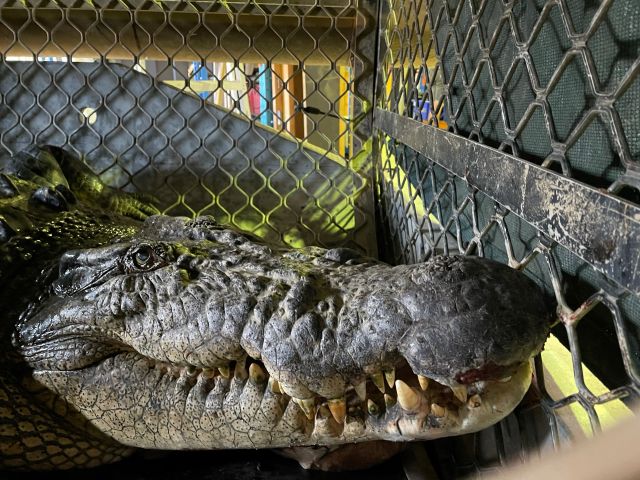 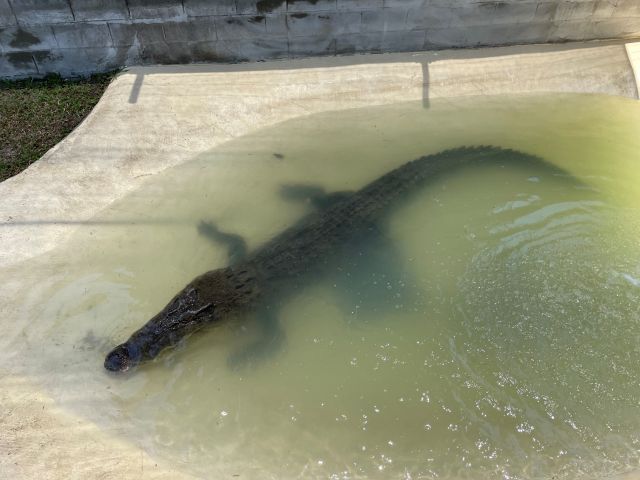 Department of Environment and Science (DES) wildlife officers have captured and removed a 4.3-metre estuarine crocodile from the Upper Mowbray River after it was suspected of taking several weaner calves in the past few months.

Following a recent report to the QWildlife app, wildlife officers conducted a site assessment and confirmed the presence of the large crocodile.

Given the location was near an informal swimming hole and a fishing area used by local children, a decision was made to declare the animal a problem crocodile and target it for removal from the wild.

The crocodile was captured in a baited trap on Sunday morning and taken to the department’s holding facility in Cairns.

Due to its large size, (greater than 4m) the crocodile must be dealt with as an ‘icon crocodile’ under Queensland’s conservation laws.

DES will work in partnership with Traditional Owners to select a suitable facility that can accommodate and present the crocodile in accordance with its icon status.

Crocodiles that pose a threat to human safety are targeted for removal under the Queensland Crocodile Management Plan. Members of the public are encouraged to report crocodile sightings as soon as possible through the QWildlife app or by calling 1300 130 372. DES investigates all reports it receives.

Remember, you are responsible for your own safety in Croc Country. The Port Douglas region is well known as being ‘Croc Country’ and people in the area are reminded to always be Crocwise. In particular: