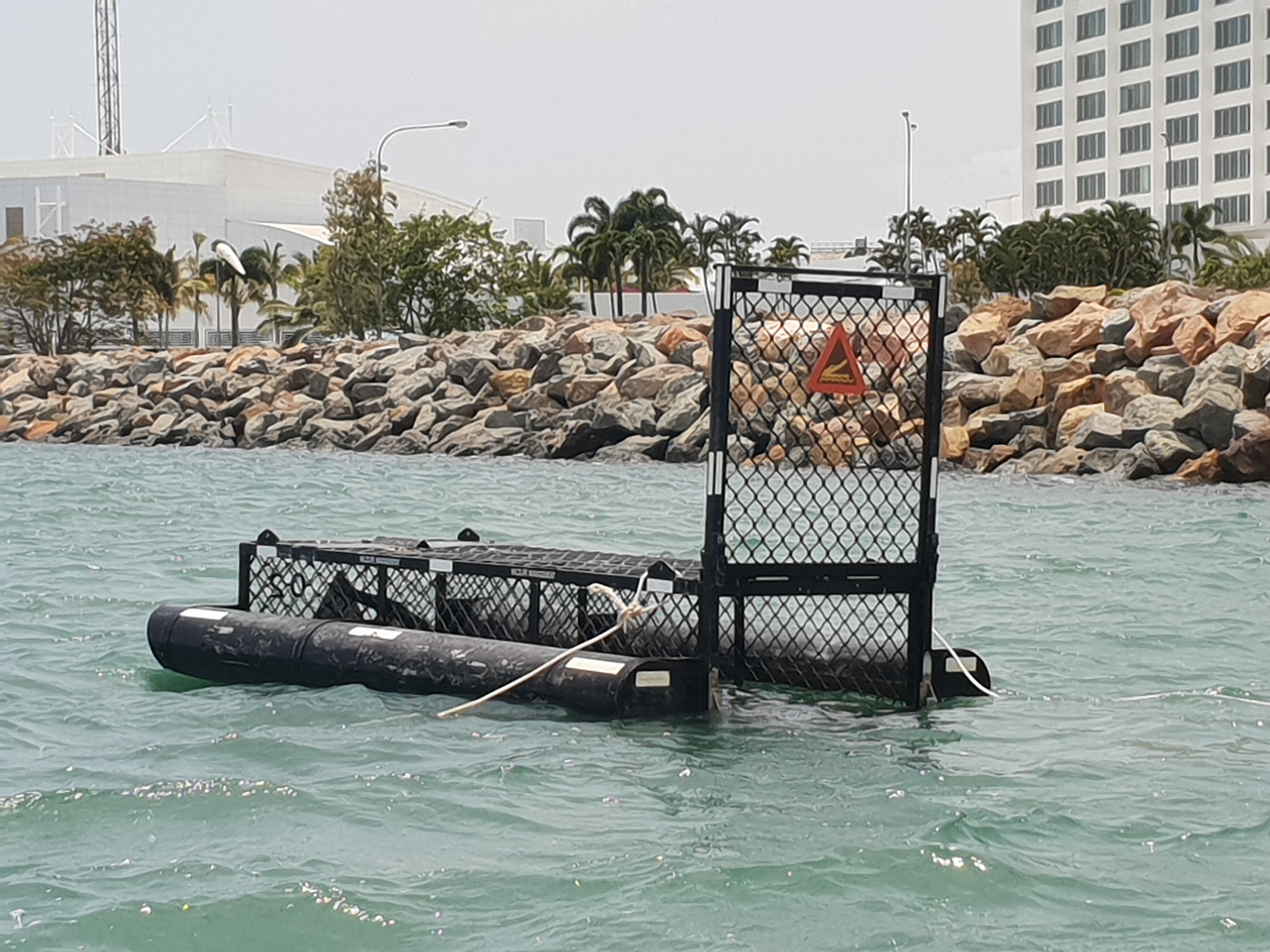 Wildlife officers from the Department of Environment and Science (DES) have set a trap to capture an estimated 3 metre crocodile believed to be the same animal observed near the Strand on Saturday 11 January.

The crocodile is being targeted for removal from the wild by DES wildlife officers, who set the trap near the end of a rock wall in an area near the Townsville Marina known locally as the ‘duck pond’, after a crocodile was reported swimming there early this morning (13 January).

It’s believed to be the same animal reported to DES by a member of the public after it took a turtle in the water on Saturday.

Recent crocodile sighting warning signs have been installed and officers are monitoring the area by boat and from the land.

Under the Queensland Crocodile Management Plan the Strand is in Zone D—targeted beach management zone. This means that any crocodile of two metres or greater in length, or any smaller crocodile displaying dangerous behaviour, is targeted for removal.

The ‘duckpond’ is in Zone E (General Management Zone). In Zone E, any crocodile displaying dangerous behaviour is targeted for removal.

The trap is baited and is specifically designed to attract saltwater crocodiles. Members of the public are asked to stay well away from the trap to avoid placing themselves in danger and to maximise the chances of the animal being captured.

People who deliberately interfere with the operation of crocodile traps face a maximum penalty of more than $15,000.

Townsville is known Croc Country and people in the area are reminded to always be Crocwise. In particular: