Drones are a game-changer in crocodile management 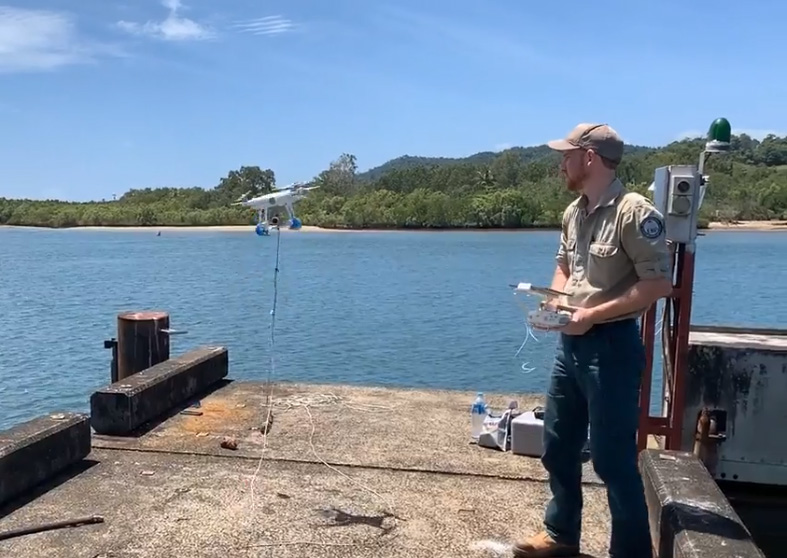 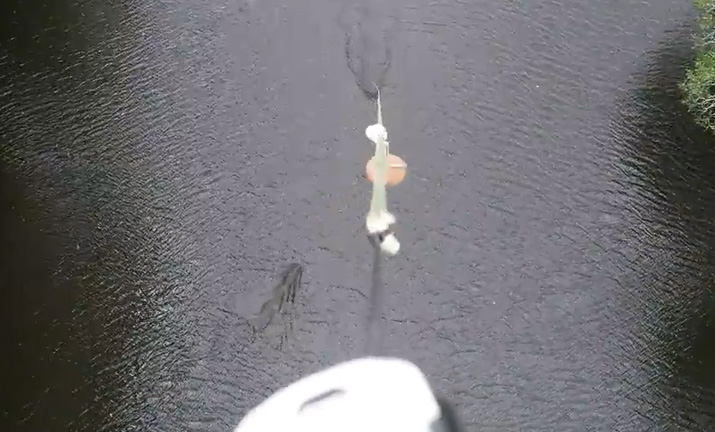 A research and innovation program led by the Department of Environment and Science (DES) that uses drones could significantly improve the management of problem crocodiles in Australia and overseas.

“This direct capture method takes advantage of the crocodile’s instinctive predatory response to grab anything it sees moving at the water’s surface,” Dr Brien said.

“Using a drone, wildlife officers skim a baited noose along the water’s surface near the target crocodile.

“When the crocodile grabs the moving bait and attempts to eat it, the noose locks onto the animal’s top jaw and the rope is released from the drone.

“The drone is flown back to its launch point and a float attached to rope allows wildlife officers on a boat to find the rope and retrieve the crocodile.

“Wildlife officers have already used this novel approach to ‘direct-capture’ a problem crocodile from Innisfail’s Johnstone River in August 2019, and the whole process took about 15 minutes.”

Dr Brien said this is the first new innovation in crocodilian capture methods to be developed in decades.

“Previously, the standard methods used to capture estuarine crocodiles were restricted to the use of baited traps, nooses, harpoons and stationary baited lines,” he said.

“While those methods have been effective, the drone technique provides another option for wildlife officers to rapidly capture crocodiles, while minimising any harm or injury to the animal.

“Inspections of the top jaws of crocodiles captured during the research program showed the noose caused the animals no abrasions or bruising.

“This new capture method provides researchers and wildlife managers with an innovative, non-lethal, humane and efficient way of removing wary and hard to capture crocodiles from the wild.”

Research to develop the drone method to capture crocodiles was conducted with animal ethics approval from the Department of Agriculture and Fisheries.

The findings of the study will be published in March in the peer-reviewed scientific journal Herpetological Review.

Much of Queensland is known habitat for crocodiles and people in Croc country are reminded to always be Crocwise. In particular: