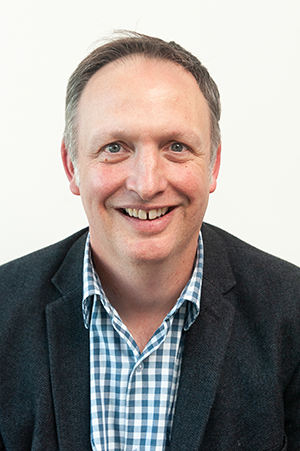 Jamie Merrick, Director-General of Department of Environment and Science.

Jamie was appointed Director-General of the Department of Environment and Science in December 2017. As Director-General, he leads the government’s sustainability agenda in relation to Queensland’s environment, national parks and heritage; ensures the delivery of robust scientific services; and drives initiatives that empower Queensland’s youth.

Immediately prior to this, Jamie was the Director-General of the Department of Science, Information Technology and Innovation where he led the Queensland Government’s Advance Queensland innovation agenda; drove cross-government digital economy and information and communication technology (ICT) initiatives; delivered customer-focussed citizen services; and delivered scientific, ICT infrastructure, finance and human resource services to government departments.

Originating from the UK, Jamie has held senior economic development roles including Executive Director Strategy with the East of England Development Agency. Jamie has also worked for the UK Government Department of Business Innovation and Skills, and in the ICT sector.

Jamie holds a Master of Science from the University of Liverpool, and studied for his Ph.D. at Hughes Hall, University of Cambridge.